Imagine you discover some bats are residing in your attic. They’ve polluted the entire space with their droppings (guano). You know you have to get rid of them. Then a light bulb goes on in your head, “Why not just trap and relocate them? At least, it’s humane, no one gets hurt, and everyone’s happy”. But hang on to that thought for a minute! Before going ahead, it’s important to understand the legalities surrounding bat trapping. Well, that’s if you don’t want to get into legal trouble.

Bats are one of the most fascinating, yet misunderstood, animals on the planet. The role they play in the ecosystem is extremely crucial. Some bat species feed on insects, helping to keep their population in check. They’re partly the reason your house isn’t swarming with mosquitoes. Other species, like the long-nosed bat, help in the pollination of many fruits we love, including, banana, guava, mango, and more. They’re so important that six of the bat species in the United States are protected by the  Endangered Species Act of 1973 and the Wildlife Coordination Act. Not only are the bats protected, but their habitats too are protected. Therefore, generally speaking, it is illegal to injure or kill bats. But when it comes to trapping, it is more of a grey area. In parts of the Southeastern United States, where there are some 20 bat species, only 3 are protected, while the rest are not and can be legally trapped. On the other hand, in Florida, it is illegal to trap bats. So, the short answer to the question is, “it depends”. The only way you can be sure is to check with your local wildlife authority 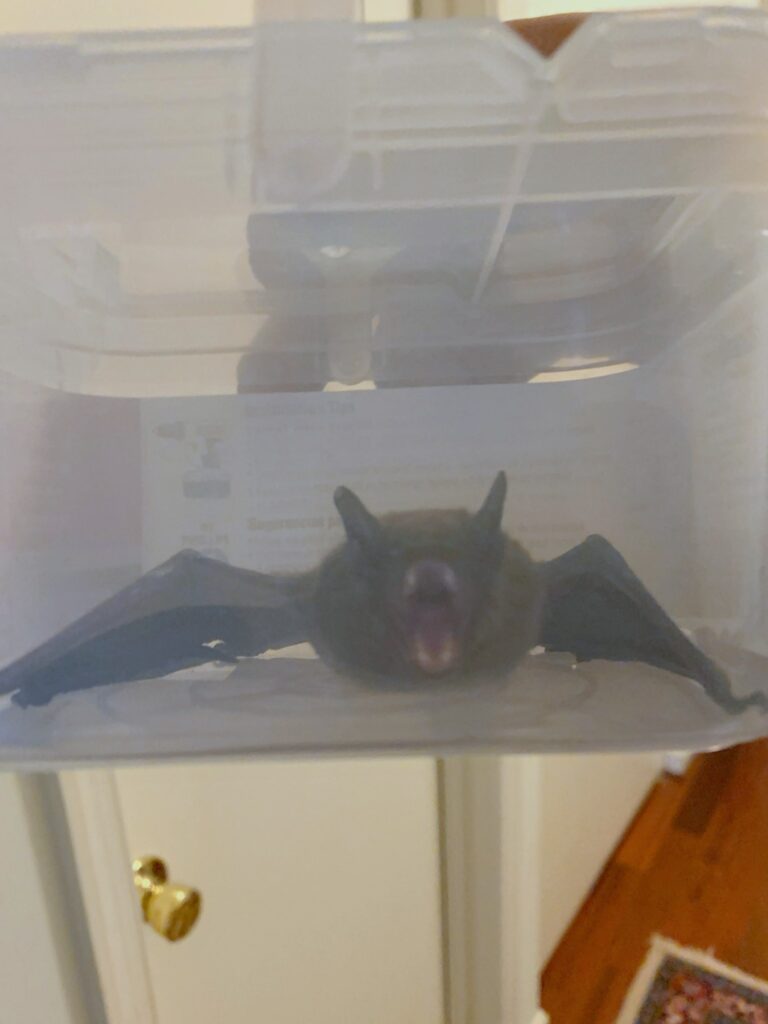 Here are the common types of traps people use to capture bats:

Modified cage traps
These are a smaller version of the single and double-door heavy-wire cages used by wildlife control experts to capture bigger animals like raccoons. They are placed on the bat’s exit hole, to catch them when they leave at night to feed.

Netting
Netting works similarly to these modified cage traps. They are very good and effective in catching and gathering bats, but they cause other problems, which we’ll examine shortly.

Glue Traps
These are hard boards with strong adhesive on them. When a bat detaches from its cluster and walks around, its legs get stuck on the board, usually until it dies. This method is very ineffective because it captures less than 1% of the bat population (Bats live in colonies often comprising of 40 to hundreds of individuals). 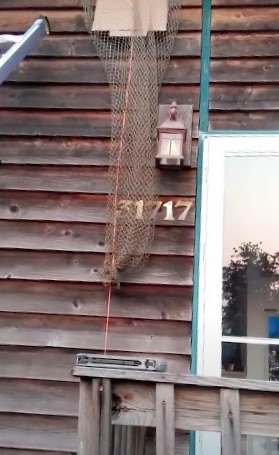 Let’s say you were successful in trapping the bats, what then do you do with them? If your answer is to relocate them, then here’s what you should know about bats. Bats have a very strong homing instinct. They can find their way back to your home, even if they’re relocated
500 miles away. So, relocation rarely works. That’s why trapping is usually not recommended.

Exclusion: The Most Effective Method

When dealing with a bat infestation problem, the best approach is to exclude them. By installing an exclusion device, they’re unable to get back in once they leave. Once all of them have exited, then you can seal the entry hole.

To recap, the trapping of bats is subject to state laws. But even if bat trapping is allowed in your area, it is a highly ineffective way to deal with a bat infestation problem.