All About the Evening Bat

The critters form colonies and are migratory mammals. During the fall, they migrate towards the south. They accumulate large stores of fat for the period of migration and hibernation. The female evening bats form maternal colonies or fend for their young ones alone.

Mating occurs during fall. After the gestation period, the female births one or two pups at the end of May or the beginning of June. The pups are typically hairless and helpless. They are heavily dependent on their mothers in the initial period after their births. They may be communally nursed if they are part of maternal colonies. The maternal colonies can have up to 950 bats.
From day 20, the young evening bats begin to fly. From when they are about a month old, they become more independent and can live without their mothers. 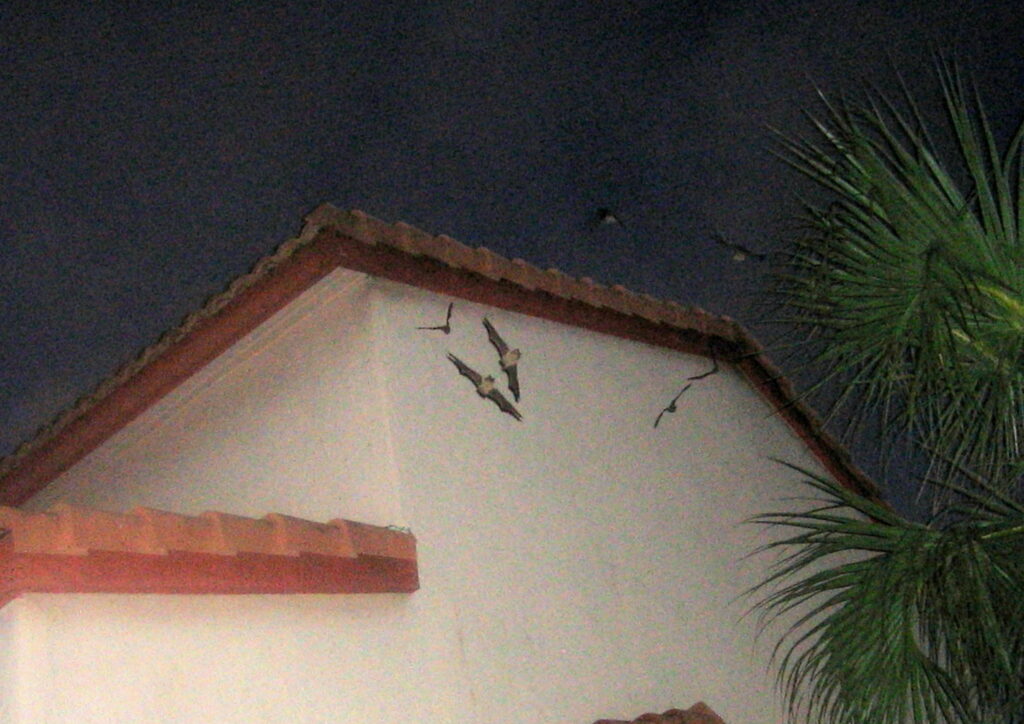 In the US, evening bats are found in eastern, western, and north-central states. The states with evening bats include Iowa, Pennsylvania, Nebraska, Texas, and Oklahoma. The critters are also found in Mexico. Evening bats prefer to live in forested areas. They make roosts out of tree crevices and buildings. They may also be found behind loose tree bark. Although the critters typically prefer to make their homes out of tree hollows, they could also occupy buildings. They are also rarely found in caves.

The young males begin to live independently almost immediately after they attain adult size. The young females may roost with their mothers for a bit longer before proceeding to roost on their own. The males typically maintain solitary lifestyles, especially during summer and fall. The critters have a short lifespan, on average two to five years.

The critters are insectivorous. They feed on a wide range of insects such as beetles, bugs, flies, and moths. As nocturnal animals, they actively hunt for their food at night. They feed while flying at high altitudes as well as at lower altitudes.

Early in the evenings, when the bats fly, they hunt at high altitudes. When it becomes dark, they fly at lower altitudes. The feeding pattern of evening bats differs according to different factors, including the weather. When the weather is cooler, the critters may only feed once a night. Evening bats locate their food and avoid obstacles using echolocation. The critters love to feed on spotted cucumber beetles and can significantly reduce their population in an area. For example, in one summer, a colony of about 300 evening bats can feed on over six million spotted cucumber beetles.
Because of the large volume of insects they can consume, evening bats can be applied for insect population control.

Evening bats are slow and steady flyers. They can fly at high and low altitudes, depending on factors such as the time of the day. They make their habitats out of areas with altitudes ranging from sea level to 300m.
It is worth noting that evening bats can coexist well with humans. The critters have also increasingly lost their natural habitats. As they have lost their natural habitats, they have moved into old barns and buildings.
A lot is not yet known about the migratory patterns of evening bats. There have been reports that only the females and the young migrate towards the south. There are also claims that the males do not migrate at all. Instead, they maintain solitary lifestyles, especially during summer and fall. Although the critters are not generally found in caves, they may swarm at cave entrances.
There are threats to the existence of evening bats. These threats are related to the loss of their natural habitats as well as the places that have replaced their natural habitats. There is a call for more education on the species to prevent total eradication.