How do bats drink water?

Many animals need water to survive and bats happen to be one of them, but how do they drink water? Bats are very tiny animals and due to their size, they cannot stand and drink like many other mammals. We see lots of other animals drink water, for instance, dogs, cats, goats, and even wild animals like lions and tigers. But it’s very uncommon to see bats taking a drink but this doesn’t indicate that they do not drink. They have their own unique way of drinking which is very different from how other mammals drink.

Bats cannot go to a riverbank and stand there to take short drinks of water like many other animals do because they are always on the lookout for predators that may be lurking around waiting for the right moment to pounce. As very tiny animals with very little defense systems, bats cannot afford to let down their guard for even a few short minutes. Like many other things about them, these unusual creatures have a somewhat weird way of drinking. They will drink while in flight. First off, bats are able to find water bodies like lakes with their unique way of communication, echolocation. Using echolocation, bats will emit high- frequency sounds that bounce off different surfaces giving the bats information about their surroundings. 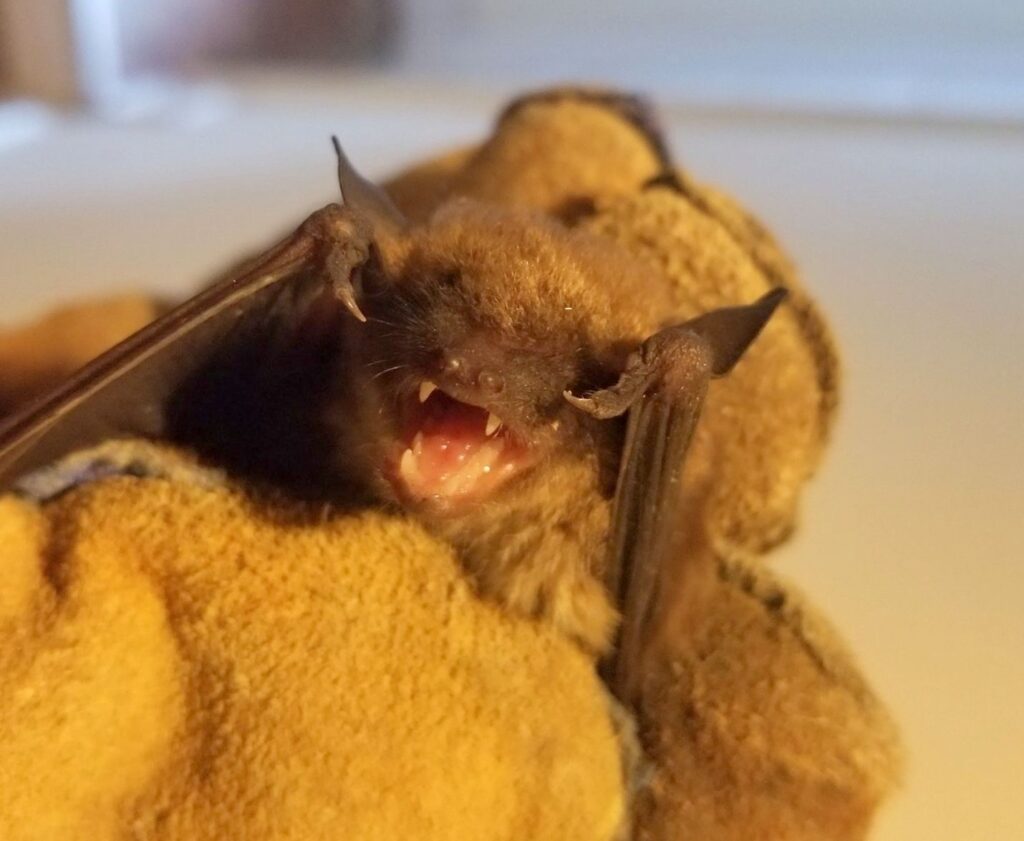 This is the same method which bats use to find water bodies and when they do, they fly above the water and occasionally swoop down to swiftly touch the water surface with their tongues, grab a few drops of water and fly off almost immediately.
This happens very fast, within the blink of an eye, and gives predators no time to attack. Bats will do this repeatedly, taking a few drops of water each time until they have had enough, and then they fly away.

Besides the fear of predators lurking in the water, another reason why bats do not stand at the water bank to drink water like other mammals is that they are unable to do that. Bats don’t have the ability to stand and drink water, so they have to devise their own means and find a way to drink water. The bat species found in the United States are not able to land on their feet and walk, actually there are only two bats species with hind legs and the ability to land and walk and neither of them is found in the US.

Bats do not only go out to water bodies when they want to take a drink, they also find a large number of prey in water. These animals feed on large quantities of insects like mosquitoes, and these insects are found in small water bodies, marshes, swampy areas, and brushes around lakes. Not all bats drink by picking up drops of water with their tongue, some bat species like fruit bats and flying fox bats do not drink the same way as insectivorous bats. These other bats will also swiftly fly over water bodies, but instead of picking up water with their tongue, they will get their fur wet and then land somewhere and proceed to lick the water off their fur. Bats generally don’t need to drink large amounts of water because they get lots of water from their diet. Both insect-eating bats and fruit bats get water from their food because insects and fruits contain plenty of water.