Will bats fly in my hair?

Bats are highly misunderstood. The misconceptions and fear around them makes people afraid and not want to live around bats. One of those misconceptions is that bats love to fly into women’s hair and become entangled in it. Some people even believe in the superstition that bats flying into your hair will give you chronic headaches, rabies, or lice. In other cultures, people believe that bats remove hair from women’s heads and give them to witches. These beliefs are false of course.

The truth is, bats rarely get entangled in people’s hair. Despite old beliefs, bats are not sinister and they do not collect hair to submit to witches. Bats also do not suck human blood. Yes, there are vampire bats but they mostly feed on castles and do “suck” the way they have been portrayed in movies. They feed just like mosquitoes feed on humans.

That said, it’s important to know that while it is possible for bats to fly into humans every now and then, they are not aiming for humans. Although there is a popular saying “as blind as a bat”, bats are in actuality not blind. They just do not like bright places. In addition to their great eyesight, bats have impeccable echolocation abilities that help them prevent running into solid structures when they are flying.

So why does a bat fly directly at you?

Standing outside in the evening and you notice a bat flying directly at you, you duck at the last moment, narrowly missing each other, and you think that the bat is deliberately trying to run into you. This is not the case however. Here are a few reasons why a bat may fly into you:

They’re looking for food
As mentioned above, bats have great eyesight and they can see tiny insects flying around even in total darkness. If you have insects hovering around you, a bat may fly your way in an attempt to eat it. It mostly thinks you are a stationary object and makes its way toward you in an attempt to eat the insects. So next time a bat flies straight at you, keep in mind that it’s not aiming for you or your hair. 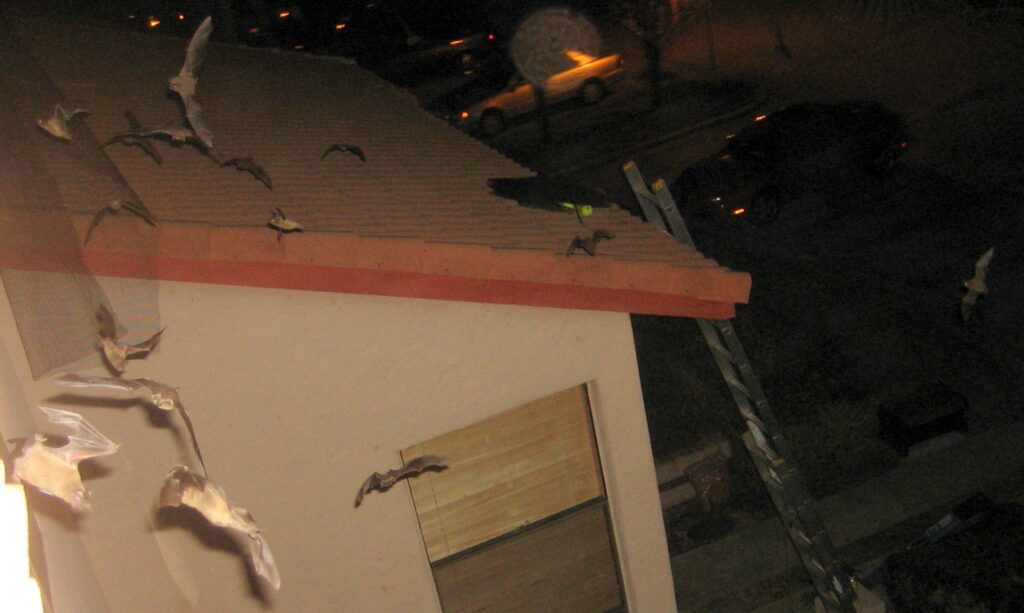 It’s too bright
Bats do not like light. Either natural or artificial ones. If you are standing in a well-lit area, chances are that the bat did not see you. This can cause it to run into you.

It’s searching for an exit
A bat may fly close to you if it is looking for a way out. This will happen if you are blocking its way and it cannot find any other way out.  A popular myth that a bat flying into your hair will give you rabies is also false. Bats that have been infected by rabies are often weak, disoriented, and unable to fly. Therefore, contracting rabies from a flying bat is highly unlikely. 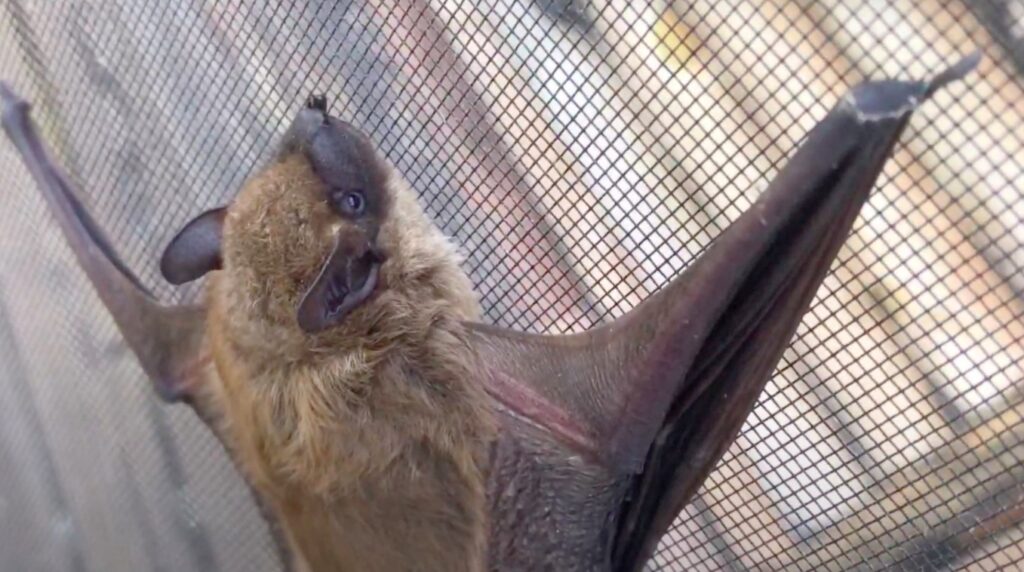 It should be noted however, that if you do encounter a bat, as a precaution, you should visit a doctor and explain the encounter. This is because, although the chances of contracting rabies are next to none, bats can still transmit other diseases.